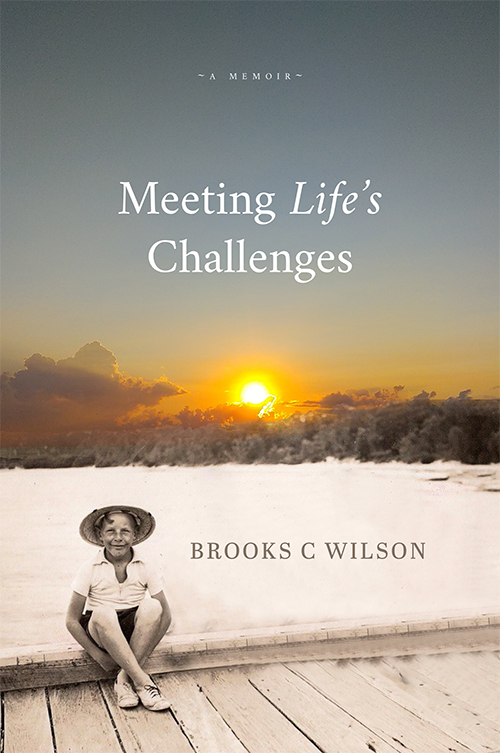 Meeting Life’s Challenges is the life story of Brooks C. Wilson OAM, a Christian businessman born in Sydney, Australia in 1933.

A successful businessman who studied at Harvard Business School, Brooks has achieved remarkable success in the corporate world, combining his faith with a high-powered career.

This powerful memoir has been written so that future generations will know about the times in which he lived, yet how timeless so many of God’s principles are. The book covers all aspects of his life including the growing up years, education, finding a job, a career in corporate management covering Australia, the US and China, as well as marriage and family.

After a highly successful career, the major conclusions of Brooks’ life is the importance of family and that life is not all about “us”. While everyone is reaching for success, the key for having a happy life is to reach out to others in love.

About the Author
Brooks C. Wilson OAM was educated at Knox Grammar School in Sydney, Sydney University and Harvard Business School. He met his future wife, Ann, in New York City, where they were both working. Ann had grown up in Springfield, Ohio. They were married in London in 1959 and moved to Australia to make their home. During a marriage of 61 years, they raised a family of three sons and one daughter and now have nine grandchildren.

Brooks’ career for over 30 years was with the Pittsburgh based industrial products company, Koppers Company Inc.  For much of that time he ran the joint venture company, Koppers Australia Pty Ltd, which was jointly owned with BHP.

Brooks also served on numerous Australian Government boards and other groups He was made a Member of the Order of Australia in 1981 for the role he played in fostering Australian-American relations.

In 1999 he received an Australia-China award from the Department of Foreign Affairs and Trade for establishing the first Australian venture in China in 1981, shortly after China opened to the outside world.